These regulations were first introduced in the 1960s and gradually tightened until 2010. At this time, fuel economy targets were introduced that see fuel economy for cars going from 28 mpg to 55 mpg by 2025. In order to meet these tougher technical requirements, auto manufacturers require low friction motor oils  that ca withstand greater pressures, higher temperatures and last longer. These oil requirements are covered by tighter API motor oil requirements for gasoline and diesel vehicles, and higher ACEA requirements for European-sourced vehicles.

Gone are the days when it was possible to use almost any commercially available oil. Motorists now have to take care to select oil suited to their vehicles. Compounding the problem is the fact that more motorists are living in conurbations where driving conditions are arduous and not conducive to long oil life.

Growth of Large Cities
Large cities are a fact of life, making an enormous contribution towards global GDP. A study by McKinsey & Company revealed that the 600 largest cities in the world hold 22 per cent of the global population and are responsible for more than half the global GDP. This report predicts that by 2025 the percentage of people living in megacities will increase and the percentage of GDP produced will increase to 60 per cent.

Many motorists drive in or through large urban centers, with all the delays and congestion that implies. Already, in large cities the average driving speed is between 16 and 25 mph and can be expected to get worse.

During a visit to Singapore, Boris Tatievski, founder of the German lubricating oil company BIZOL, developed the concept of a motor oil that could handle the extreme conditions of urban traffic. He was stuck in a traffic jam and realized that stop-start slow-speed driving conditions were detrimental to motor oils that are designed to work best under highway conditions.

Boris Tatievski studied physics and chemistry and completed his studies at the Freie University in Berlin where his thesis was on the dynamics of clusters of molecules. As a believer in the concept of open innovation, where new products are developed through collaboration, he contacted his former professors and classmates and they began working on formulations to find a way to make oil that lasted longer under the arduous conditions found in congested cities. It was not long before several formulations were developed and, after thorough testing, launched as Bizol Green Oil.

BIZOL Green Oil is specifically formulated to protect engines that are started frequently, driven in short bursts and then forced to idle for long periods of time, and take a long time to reach correct operating temperature.
Tests conducted against a reference oil show significant benefits:
• Wear index: BIZOL Green Oil Synthesis 5W-40 oil demonstrated a wear index of 2.08 compared to a wear index of 2.38 for the reference oil.
• Coefficient of friction: Oil friction reduces engine power and fuel economy; BIZOL Green Oil’s coefficient of friction was 0.08 compared to 0.147 for the reference oil.
• Oil dilution: When a vehicle is used over short distances, it does not warm up properly and engine oil is diluted by fuel seeping past piston rings. BIZOL provides added protection against oil dilution.
• Metal content of oil: Improved wear protection of BIZOL Green Oil means less metal contact and fewer metal wear particles.

Engine design parameters accommodate a wide range of conditions, and cooling systems have to be designed to maintain engine temperatures below 212 °F/100 °C under all conditions, including when the vehicle is fully loaded or running at highway speeds in high ambient temperatures.

60 : 40 – The new load ratio for engines.
Engines are designed for driving. The ratio between driving and sitting with an idle engine in traffic used to be 90:10. This ratio has changed in the wake of rapid population growth, particularly in cities, and is now roughly 60:40. Vehicles which stand idle or move very slowly, accelerate the rate of deterioration in engine oils. The right oil gets the top performance out of your engine.

These conditions are tough on engines and lead to premature engine wear due to the following:

• Oil dilution by fuel, reducing lubricating ability of oil.
• Poor lubrication because oil is too viscous when cold.
• Poor lubrication at start up.
• Increased wear and metal to metal contact due to poor lubrication.
• Corrosion due to acid formation from moisture condensing in the engine on short trips.
• Formation of sludge.

The US disposes of 1.3 billion gallons/4.9 billion liter of used motor oil every year. Although most is recycled, 13 per cent is improperly disposed of. Used motor oil contains potentially harmful contaminants and is a source of ground water pollution. Although used oil can be recycled, nearly half is lost during this process.

The use of synthetic oil could halve the amount of oil that needs to be disposed, reduce ground water pollution, and reduce energy requirements needed to produce and recycle oil unnecessarily.

BIZOL Green Oils are manufactured to API SN/CF requirements as wells as to ACEA A3/B3 specifications and can be safely used in any vehicle requiring oil to either of these specifications. Some European manufacturers also require compliance with their own specifications, and these should be adhered to.

It is important that viscosity recommendations are followed as specified in the vehicle handbook. The most important value is viscosity under running conditions; a 5W-30 has a viscosity value of 30 at operating temperature. The first figure represents the cold viscosity; lower figures indicate the oil can be used in colder conditions. 5W oil meets minimum requirements for US winter conditions.

If the required viscosity is not available, it is better to go with thinner oil, rather than a thicker one. The reason is simply that thicker oil cannot flow properly though the engine, especially when cold and oil starvation may occur.

When oil refining techniques were not as advanced as they are today and additive packages not as refined, regular oil changes ensured longer engine life. However, modern lubricating oils manufactured to current API and ACEA specifications have highly developed additive packages which last much longer. Oil contamination has been reduced because engines are manufactured to tighter tolerances and fitted with sophisticated injection systems that prevent over fueling. Together, these dramatically reduce the level of oil contamination and degradation.

Synthetic oils take this a step further because oil molecules are more stable and of uniform length, which obviates the need for viscosity index improvers. These oils do not thicken like mineral oils and retain viscosity characteristics even with extended use. Additive packages are designed for long life; the ACEA A3/B3 specification is specifically designed for extended oil change intervals, a requirement met by BIZOL Green Oil.

Synthetic oils, although more expensive than mineral oils, provide better engine protection and permit extended oil change intervals. BIZOL Green Oil takes this a step further with top-quality additive packages that have the capacity to absorb high levels of contaminants introduced into oil when cars are driven in the stop-go traffic found in many large cities. Engine life is extended through use of these oils, and maintenance costs are lower because of fewer oil changes. The environment is improved because less oil needs disposal, and engines last longer and produce less pollution during their lifetimes.

For hybrid vehicles and start-stop automatic in urban traffic

When Boris Tatievski founded BIZOL in 1998 he wanted to offer something new. His goal was to develop innovative products and push the boundaries of vehicle protection – a goal we have held to firmly. Today, BIZOL is proud to be a trendsetter. BIZOL Green+ and BIZOL Technology Gas offer car lovers modern solutions to twenty-first century problems, guaranteeing the best possible protection for their vehicles.

BIZOL continues to be driven by innovation. Prof. Dr. Boris Zhmud and his team of engineers and scientists work to meet the challenges of tomorrow. Modern lubricants face higher demands than ever. Strict emissions standards, environmental protection and rapidly developing vehicle technology all call for innovation. And BIZOL is up to the task. We combine German engineering expertise with the best raw materials and unique additive packages. Made in Germany from development to manufacture, our products exceed current industry standards.

If you choose BIZOL, you know you will have the best possible protection – not just today, but tomorrow as well.

Start-stop systems increases engine wear up to 10 times and urban traffic test it to the fullest. BIZOL Green Oil+ is a cutting-edge, fully synthetic motor oil and Made in Germany. It is guaranteed to offer the best possible protection against the wear-and-tear caused by congested traffic.

Using an original combination of PAO and a unique additive package, BIZOL created this oil so that car lovers can take proper care of their vehicle under the tough conditions of modern road. Use our expertise and innovative thinking to be professional while driving.

Urban traffic, start-stop operation and hybrid vehicles all place high demands on motor oil. BIZOL Green Oil+ is specifically designed to overcome these challenges. This innovative app demonstrates the effect of our BIZOL Green Oil+ compared to a conventional oil in all three driving modes:

But this is not all. What stands out is its unique technology behind this singular product that have been specially developed by our German engineers.

Since its launch at the Automechanika Frankfurt 2016 the interest in our  BIZOL G+ has risen tremendously. Therefore we decided to tell you more about this unique product. What stands out is its unique technology behind this singular product. Now we will show you two technologies that represent the essence of our new BIZOL G+ motor oil that we have captured and visualized for you.

BIZOL Green Oil+ is specifically designed to overcome these challenges 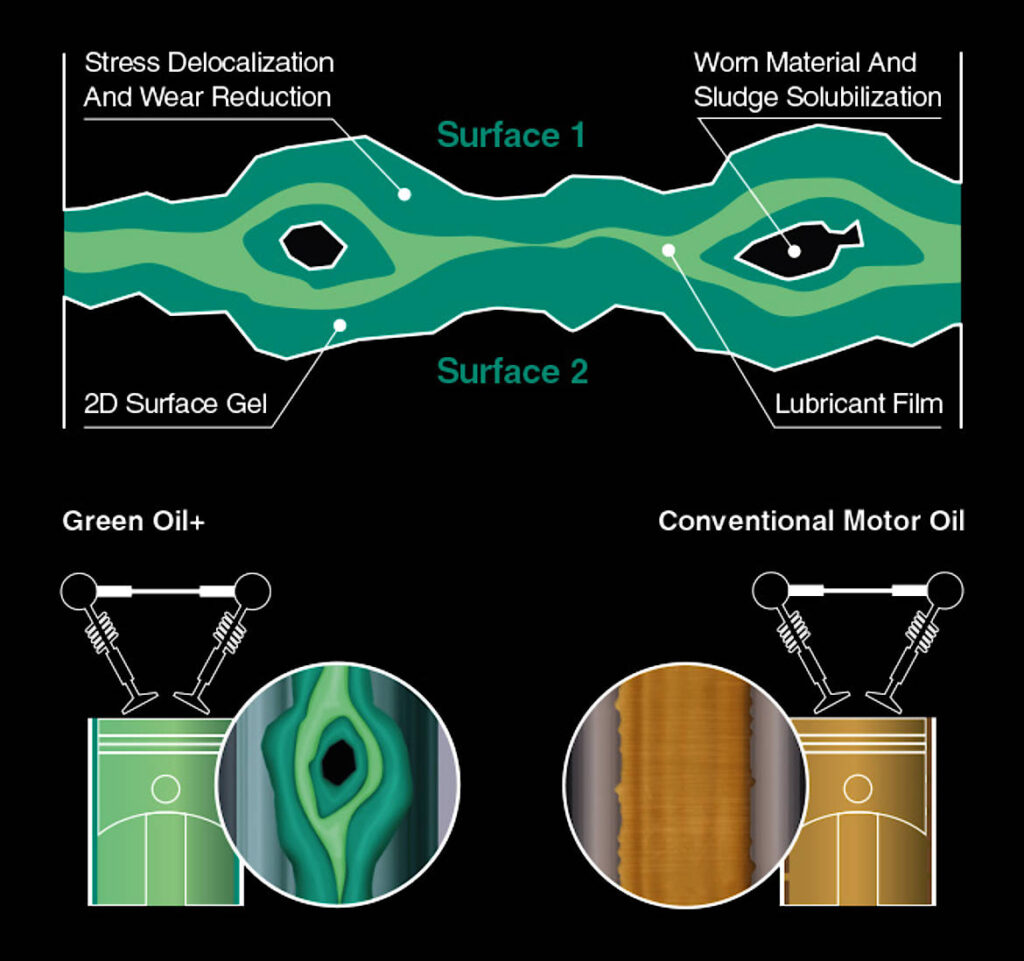 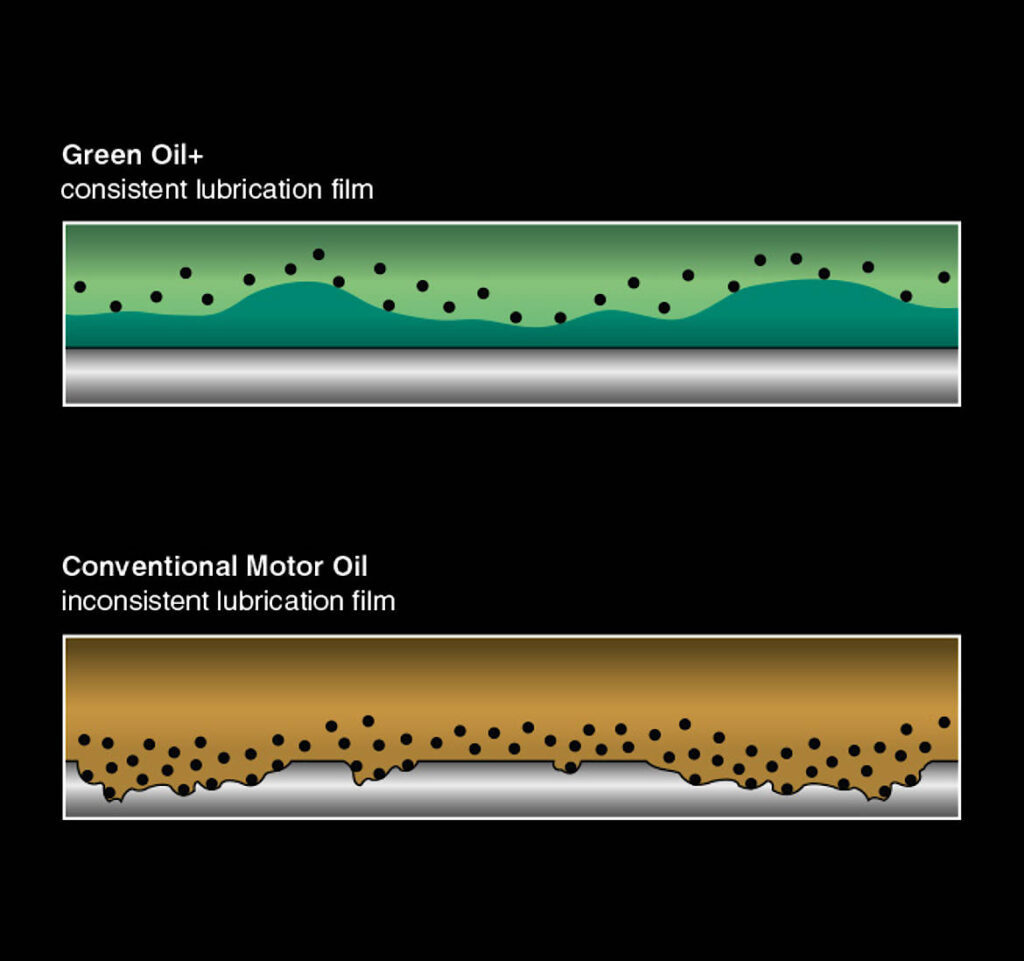 Graphik 1: The 2 D Surface Gel technology
The 2 D Surface Gel is a very innovative technology invented by the BIZOL R & D team that provides adhesion and a constant thickness of the lubrication film. It reliably prevents a breakdown between the specially loaded contact sufaces that occur in the stop and go driving mode and therefore give the engine additional protection especially in urban traffic as well as for start-stop systems and hybrid vehicles. Thanks to this technology a remarkable noise reduction has been achieved at all start-stop operations.

Using an original combination of PAO and a unique additive package, BIZOL created this oil so that car lovers can take proper care of their vehicle under the tough conditions of modern roads.
PDS
SDS
Graphic 2: The OxShield technology
The OxShield technology has been invented by BIZOL and is utilised in our new G+ motor oil to provide an even greater oxidation stability than in conventional motor oils meaning a higher aging protection of the oil. Further advantages the oil provides are extended oil change intervals and a long-term protection against corrosion and pitting. 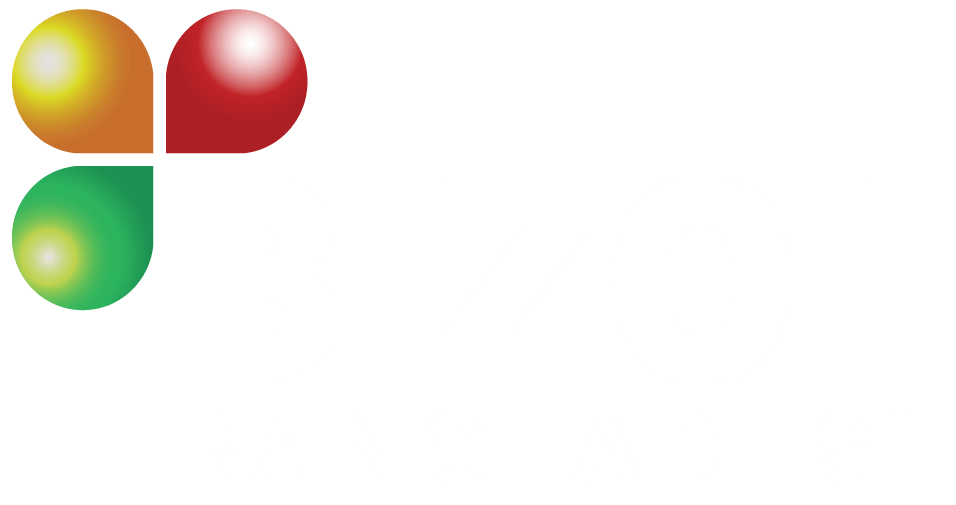